The Most Common Nutrient Deficiencies 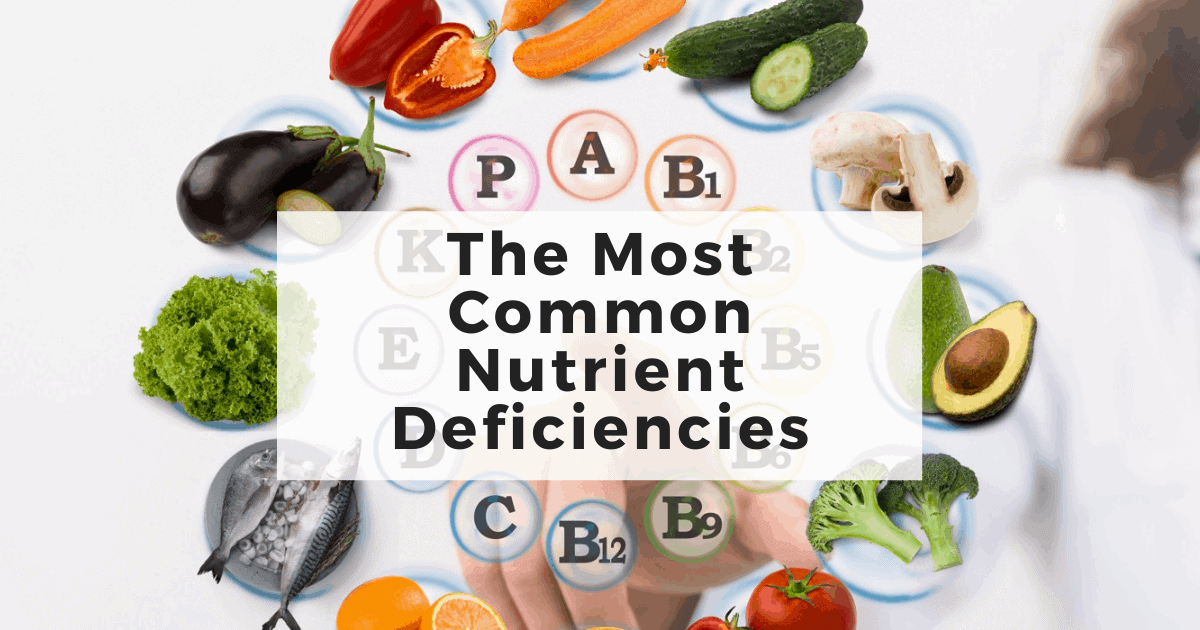 Hi, this is Dr. Emily Parke. In the next Functional Health Minute, I want to talk about the most common nutrient deficiencies that I am seeing in my practice. So as you guys already know, in functional medicine we do take a deeper dive with advanced laboratory testing, and I am taking a really good deep dive into all of the nutrients that I find important for health. So the most common nutrient deficiencies that I’m seeing on blood testing, I would say the top one is vitamin D. The statistic really is true, about 80% of people are either deficient or less than optimal in vitamin D. And depending on the source, there are different opinions on what the “normal” or optimal levels for vitamin D are. Some labs are marking below 20 is low. Some labs are marking below 30 is low, and that’s for the vitamin D … the specific vitamin D I’m talking about on those levels is the 25 hydroxy vitamin D3 that you’ll see on your lab report.

Nonetheless, there is some good data to say that about 40 to 60 is considered an optimal level for vitamin D. And there are also some studies to support pushing the vitamin D a little bit higher, maybe to like 60 to 80 for a period of time, if you’ve got inflammatory bowel disease, for example, or another inflammatory type of a process, it can actually be helpful. So vitamin D is not just a vitamin, right? It’s a fat soluble vitamin. And it’s also a hormone. There is a receptor for vitamin D in every single cell of the body. So it plays a major role in all of your hormones. It plays a role in so many different cellular reactions in the body. The most common that people think about are of course bone health, right, because part of vitamin D’s job is to help control your calcium absorption from your diet, from your food.

And so bone health is really important. But brain health is also really crucial for vitamin D and of course immune system health and inflammation. Those are the top ones we think about. But we also need adequate vitamin D levels; for example, for our thyroid to work properly. Vitamin D also plays a role in blood sugar balance. So it really is an important one to make sure that you’ve got right. So vitamin D is probably my top nutrient deficiency that I see in the practice.

I would say the second most common one is starting to be the minerals. And I see magnesium a lot.  I would say about 80% of people are optimal on their red blood cell magnesium, or that’s the storage form of magnesium levels. And I would also say zinc is another common one I’m seeing as well. And then some of the B vitamins. B vitamins are all over the board. I see a lot of B1, which is thiamine; B2, riboflavin, B12, and folates that are either actual laboratory low or less than optimal levels.

And in some people, when you get to less than optimal levels, even though you’re not technically “low” per the lab standards, you can start to have symptoms. And I can even see some other laboratory evidence that it’s not optimal for you. For example, if let’s say someone’s B12 or folate is in the “normal range”, but it’s on the low side, and then I take a look at their CBC, their blood counts, and I see, ooh, the sizes of red blood cells are starting to get a little bit big. So there’s maybe an elevated MCV, MCHC, MCH. And so that’s giving me a clue like, hey, you’re struggling to make the appropriate size red blood cells. And the first thing I think about when you have big red blood cells is you have to look at what are your B vitamins doing.

So everyone kind of knows about anemia from iron deficiency. And the most common cause of iron deficiency, of course, you have to think about blood loss, right? So as a woman, having really heavy periods. With someone having things like chronic nosebleeds. Is there bleeding going on in the GI tract? And you may know about it, like if you have something like ulcerative colitis or Crohn’s disease, you may actually be seeing blood. Or it may be occult, meaning you might not even know that it’s there, that you’re having an issue with it. But, and it can also be dietary, right? Like you’re just not taking enough iron in. And then just having a GI inflammation will also impair your ability to absorb certain nutrients. Iron is for sure one of them. The next most common one I see in that area is zinc.

So again, just to kind of wrap up the most common nutrient deficiencies I’m seeing recently are vitamin D, the B vitamins, and a lot of the minerals. So iron, magnesium and zinc are really common. Not that those are comprehensive. I see a lot of other nutrient deficiencies. But those are, I would say, the most common ones. So if you have a functional medicine provider, you know we are checking these things for you. But even if you don’t, these are easy things you could ask from your primary care provider to order for you. Just ask for a vitamin D3, a B12, a folate, a B6, a B1, a B2, on the B vitamins, and then you could ask for an iron panel, of course. And then you might even also ask to check an iodine.  Iodine’s another one that sneaks in there that I’m seeing a fair amount of deficiency in.

And by the way, if you do get levels back that are low or less than optimal, you do need to have some supervision with replacement because a lot of these nutrients too much, it can be bad, just like too little can be bad. So you can overdo it on iron. You can overdo it on iodine. You can overdo it on vitamin D. You can overdo it on zinc. You can overdo it on all of the nutrients and you can create imbalances and issues that you didn’t have before. So just a heads up there. I am mentioning some of these because obviously, with the virus that’s out and about a lot of people are reading articles and they’re doing extra zinc supplementation, extra D supplementation.  And it’s not that that’s a bad thing for a short period of time like if you did think you were exposed or you’re starting not to feel well, like of course you can take higher doses for a couple of weeks. But you really don’t want to do it for very long because you can actually create other imbalances and create problems that you didn’t have before by just trying to support your immune system long-term. So it’s always great to get supervision or at least check your lab values to make sure you’re not really high in something that you’ve been supplementing with.

And if you are supplementing and you see that your levels still aren’t great, then that really should be a clue to you. You need to look at nutrition and you need to look at gut function. What’s going on in the gut. How are you doing digesting and absorbing your food nutrients, if you are eating a healthy diet. So those are just kind of clues. So nutrient deficiencies can … Replacing them can be really, really helpful. And of course, figuring out the root cause as to why are you deficient to begin with. Is it an intake problem? Is it a digestion problem? Is it an inflammation problem? Those are probably the top three that I see. Or are you, is there a use problem? Is your body using up a lot of it for one reason or another? This is Dr. Emily Parke with your Functional Health Minute.