Do you have SIBO or IMO: An Updated Guide to SIBO (Part 1) 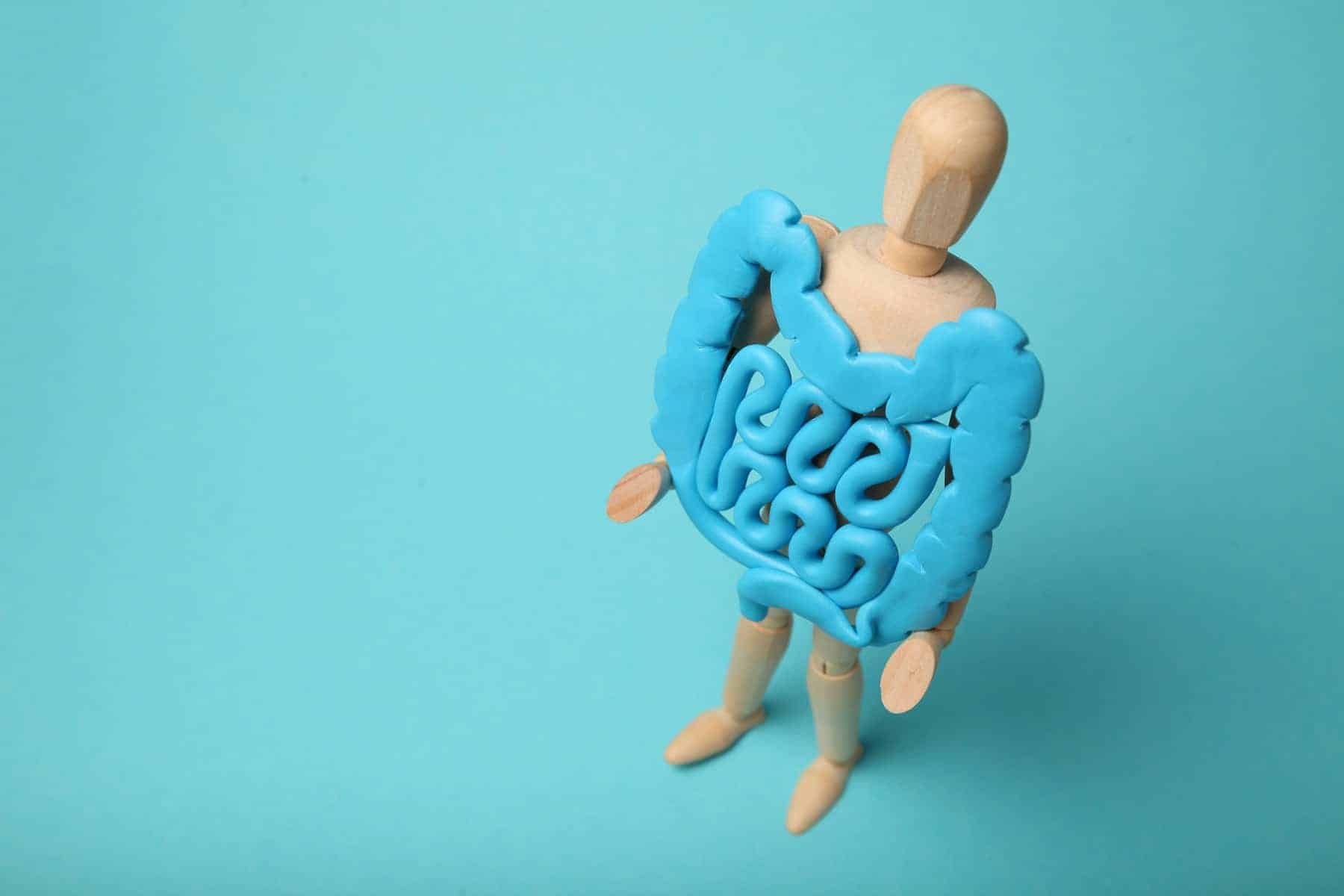 2020 brought about many medical discoveries, most of which had to do with the coronavirus SARS-CoV-2. So, you may have missed another important announcement in the medical world.

So, if you were diagnosed with SIBO because of your digestive issues, it might not actually be SIBO after all. You may have something else: Intestinal Methanogen Overgrowth (IMO, pronounced “E-MO”).

What’s the difference between SIBO and IMO?

What signs should you look out for?

What are the root causes?

What testing should you undergo to determine your diagnosis?

The Main Difference Between SIBO and IMO

In the United States, 60-70 million people suffer from digestive disease and even more Americans are experiencing symptoms.

Many of my patients have struggled with digestive symptoms for years before coming to see me. While their symptoms can be painful or disruptive, other priorities get in the way and they end up putting their health on the back burner. Priorities like:

Another reason patients wait to see me is that they were diagnosed with SIBO but not given the long-term steps to deal with the root cause of their symptoms – so they haven’t gotten full relief.

I want you to experience freedom from your digestive issues, and this starts with educating yourself about gut health.

So, what’s the deal with a new name for SIBO?

The change started with gut health and SIBO expert, Dr. Mark Pimentel, MD. He determined that some SIBO cases weren’t only in the small intestine and weren’t only bacteria. And this led to the new terminology.

Let’s break this down.

SIBO is just as its name suggests – it’s a condition where bacteria are overgrowing in the small intestine. These bacteria eat sugars and other carbohydrate-rich compounds from your food. Then, those foods are fermented into a specific gas. The type of SIBO you have depends on the gas that’s released. It’s also possible to have more than one type of SIBO, which means more than one type of gas is released from the overgrowth of bacteria in the small intestine.

The three types of SIBO are:

You’ll notice I put quotation marks around the third type of SIBO. This is because the microorganisms that produce methane aren’t really bacteria – they’re another microorganism called archaeabacteria (methanobactersmithii).

The term “SIBO” is used for hydrogen and hydrogen sulfide dominant SIBO because there’s actual bacterial overgrowth. The most common types of bacteria are E. coli and Klebsiella, but there are many others. After all, your gut microbiome is composed of about 100 trillion bacteria.

Does the name change anything when it comes to root causes and testing? Nope, it doesn’t. It does however change the treatment protocols.

There is also a big difference in the symptoms you’ll experience when it comes to SIBO vs IMO. So, let’s explore this next.

Signs and Symptoms of SIBO and IMO

Your SIBO and IMO symptoms can range from mild to debilitating.

Some common symptoms include:

Now let’s dive into the root causes of SIBO and IMO.

Some doctors treat symptoms with medication. This can be very helpful especially when dealing with excruciating or debilitating pain. However, it’s important to understand the root causes of SIBO and IMO for more long-term relief.

Food poisoning is the number one cause of SIBO. If you’ve had food poisoning before, it may have only lasted a couple of hours to one day. But there can be long-term consequences to food poisoning.

When you eat contaminated food, this can trigger a cascade of events that can cause an autoimmune reaction. Your intestinal cells swell which can lead to gut motility issues.

Here’s what happens once you experience food poisoning.

The cross-reaction of antibodies and vinculin leads to gut motility issues because the nerves that control your migrating motor complex (MMC) can’t function properly. When your MMC isn’t functioning properly, this increases your chances of SIBO.

See the fifth root cause to learn more about your MMC and how it can contribute to SIBO/IMO.

Antibiotics are commonly used to treat  SIBO/IMO to get your gut microbiome in balance. However, it’s important for your doctor to understand what type you have in order to prescribe the correct antibiotics and/or antimicrobial treatment protocol.

Taking antibiotics can cause SIBO/IMO because they eradicate both beneficial and harmful bacteria in your gut. This can lead to an imbalanced gut flora which changes the bacterial population in your gut. This imbalance may lead to SIBO/IMO and other digestive health issues.

Steroids can be used to treat asthma, rheumatoid arthritis, and other conditions. However, after taking steroids for a long time, they can disrupt your adrenal function and cortisol production. So, if you’re on long-term steroid treatment it’s important to get tested for these conditions. This way you’ll be able to treat the symptoms on a timely basis before other digestive issues may arise.

In order to keep bacteria in your gut at an optimal level, your small intestine relies on motility and acid. Anything that interferes with these two factors could increase bacterial overgrowth.

Your gut needs acid to keep away harmful microorganisms through the acidic environment. If you’re taking acid-blocking medications like proton pump inhibitors (PPI), your gut’s environment won’t be as acidic. PPIs reduce and block your stomach’s production of acid. The low acidic environment may contribute to SIBO/IMO and other digestive symptoms.

Remember when we talked about your MMC when it comes to food poisoning? Let’s dig into this complex in more detail because it contributes to slow intestinal motility.

And fun fact – the stomach growl you experience when you’re hungry is caused by your MMC!

Dr. Pimentel found that one of the most important factors in preventing SIBO/IMO is gastrointestinal (GI) motility. This is why food poisoning, diabetes, lupus, muscular dystrophies, and other conditions which directly affect your MMC and GI motility may contribute to SIBO/IMO.

Your gut’s anatomy can contribute to SIBO/IMO because its physical difference may contribute to your food moving slowly and interfere with your intestinal motility. Examples of anatomical causes include:

Whether you’ve undergone surgery that led to anatomical causes or experienced food poisoning and have been experiencing digestive issues since then, it’s important to get tested, and get on the right treatment protocol for you.

Getting tested can help you to understand what’s causing your digestive upset. While there are stool tests that look at specific organisms in your gut, these tests can’t diagnose SIBO and IMO.

Let’s look at the two most popular tests that can.

Two Types of Testing to Diagnosis SIBO and IMO

When a patient comes to my practice with SIBO and IMO symptoms, there are two types of testing I perform.

The trio-Smart test is really easy to conduct. It’s the only test of its kind that measures the amount of hydrogen, hydrogen sulfide, and methane gas present in your breath after lactulose or glucose consumption. It takes precise measurements that let us know which type of SIBO or if it’s IMO you’re dealing with.

Before you take the test, the North American Consensus on Breath Testing for GI Disorders recommends:

Your doctor may have prescribed the sugar substrate drink that you will need to consume or it may come in your test kit. You’ll follow the instructions that are outlined in the trio-smart kit in order for your sample collection to go smoothly.

For a comprehensive test to assess if food poisoning was the root cause, I recommend the IBS Smart test. The IBS Smart is a blood test that was developed by Dr. Pimentel and his team. It determines if your SIBO/IMO was triggered by a previous infection, like food poisoning, by measuring the anti-CDT and anti-vinculin antibodies we talked about earlier in this article. If a patient has a higher number of anti-vinculin antibodies, treatment is more difficult, and we will typically be more aggressive with prokinetic agents to help improve motility.

This test provides different information from other traditional testing typically performed to diagnose digestive conditions like X-rays, CT scans, endoscopies, colonoscopies, and ultrasounds for example. When these tests come back negative, many doctors will just diagnose the patient with IBS, which is still a non-specific diagnosis-it just means there are symptoms without a reason that could be found.

The information these newer tests provide, along with your history and overall health, will guide us in making a personalized treatment plan for you.

SIBO and IMO are common digestive disorders that can cause pain and discomfort that can affect your everyday life.

It’s important not to dismiss your symptoms and to take care of your health!

So, if you’re interested in getting to the root cause of your digestive issues, or you think you may have SIBO or IMO – you can schedule an appointment with us at Arizona Wellness Medicine.

My team and I can conduct testing and develop a treatment plan for your SIBO and IMO.

Stay tuned for Part 2 of The Ultimate Guide to Understanding SIBO and IMO where we’ll discuss treatment options in detail.

Here’s to you and your health,