You are here:
About Dr. Emily Parke

Dr. Parke earned her bachelor’s degree in Cardiorespiratory Science at Upstate Medical University in Syracuse, New York, near her own hometown, and attended medical school at Rowan University in New Jersey.

Upon graduation from medical school, she completed her anesthesia residency at the world famous, top-ranked Cleveland Clinic, where she served as Chief Resident.

IFM, in collaboration with The Cleveland Clinic, opened the Cleveland Clinic Center for Functional Medicine in October 2014. In addition, Dr. Parke has presented and lectured nationally on a variety of topics, which began early in her residency career and continues presently. 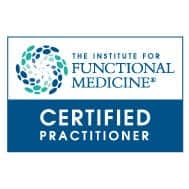