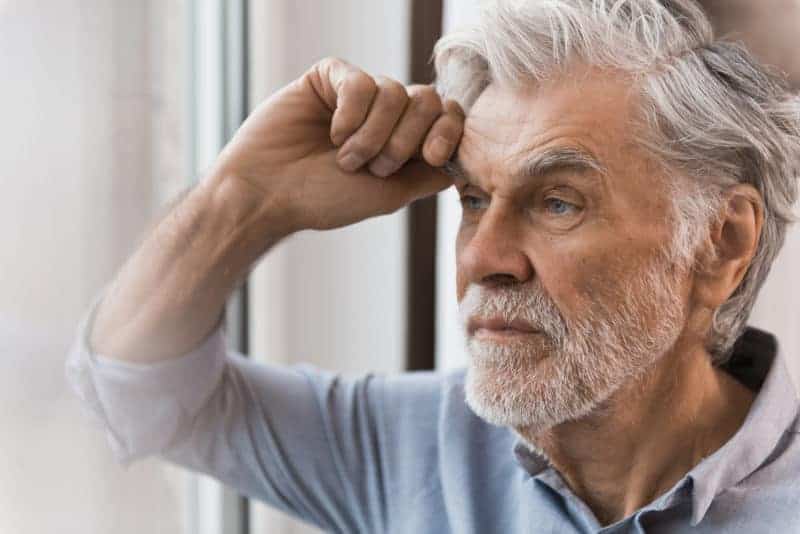 Losing your memory, forgetting loved ones, and being unable to complete basic tasks is sometimes perceived as a natural process of aging. But cognitive impairment from dementia affects your brain, which alters your memory, thinking, reasoning, and behavioral abilities.

Alzheimer’s disease (AD), the most common form of dementia, affects over 5 million Americans. And most think if you have a genetic mutation on the APOE gene, APOE 4 specifically,  you’re destined to get Alzheimer’s, which does not have to be the case. Having the gene does  increase your risk of getting the disease, however there are many things you can do to decrease your risks.

Watching one of your loved ones slowly slip away from you can be truly heartbreaking. And being the one struggling with cognitive decline from Alzheimer’s watching everyone familiar turn into strangers can be terrifying.

Current research has spent millions of dollars focusing on medications, which remove the plaques and proteins in the brain causing dementia, however have missed looking into the root causes of why cognitive decline starts.

This mono-therapeutic approach for such a complex multifaceted disease has not had much success.  Of the 244 drugs tested for Alzheimer’s disease between 2000-2010 only one was approved – and this drug only slows down the disease process by a few months. Focusing on healing just the brain in Alzheimer’s isn’t feasible – your body is a whole entity. And there are genes and multiple environmental factors which contribute to this disease.

New research shows when you start looking at the body as a whole you can prevent and even in some cases reverse cognitive decline – making it possibly the best treatment for mild cognitive impairment. The key is to start treatment early in order to give the best chance at reversal.

Your brain is one of the most intricate and fascinating organs in your body. It contains 100 billion nerve cells called neurons, which connect and relay information to each other. These neurons are the star players involved in your cognitive processes, which help you think, remember, learn, and perform tasks.

Your neurons are constantly repairing themselves – especially when you sleep – fixing any breakdown or backups causing them to dysfunction. An inability to repair itself or an over excess of certain compounds in the brain can impair your cognition.

The hallmark sign for Alzheimer’s is cognitive impairment from a buildup of beta-amyloid plaques, tau proteins, and activated glial cells in your brain. Your body is unable to break down these molecules, which leads to a buildup and blockage of your synapses where your neurons connect.

This dysfunction is what causes Alzheimer’s disease symptoms. And previous Alzheimer’s treatment has focused on reducing these plaque and protein buildup in the brain.

Through functional medicine, Alzheimer’s disease was finally looked at as a whole body disease by the research of Dr. Bredesen’s, a renowned expert and neurologist. And finding the root cause of this protein and plaque buildup has led to a breakthrough in Alzheimer’s disease.

His research shows an excess and accumulation of the plaques and proteins are a result of a combination of infections, inflammatory biomarkers, environmental toxins, as well as genetics.

Although your Alzheimer’s risk increases by 30% if you carry one copy of an ApoE 4 mutation and by 50% or more if you carry two copies – it isn’t the only cause. Your probability of actually getting Alzheimer’s relies heavily on environmental factors.

According to Dr. Bredesen Alzheimer’s develops from these main causes:

If you have the Alzheimer’s gene it doesn’t mean you’ll necessarily develop it. You can control this by reducing environmental factors which turn this gene on.

Dr. Bredesen developed the ReCODE protocol, which tackles the root cause of Alzheimer’s disease and cognitive decline.

ReCODE stands for Reversing Cognitive Decline. With this program, you’re able to identify the factors causing Alzheimer’s such as:

Dr. Bredesen discovered at least 36 contributing risk factors for the development of Alzheimer’s. And by pinpointing and reversing the underlying insults of you or your loved one’s Alzheimer’s can improve cognitive decline.

These contributing risk factors play a part in the dysfunction of your neurons to repair themselves, which causes cell death. They also contribute to the excess of beta-amyloid plaque, tau proteins, and glial cell buildup in your brain causing Alzheimer’s symptoms.

A few of these contributing factors include:

These imbalances play a role in shifting your brain away from synapse creation and memory preservation to cell death and memory downsizing.

Through Dr. Bredesen’s personalized program involving a multifaceted approach, 9 out of 10 of his patients suffering from mild cognitive impairment displayed tremendous improvement. Up to six of his patients had quit their jobs due to their cognitive decline – after his program, all six were able to return to work showing dramatic results.

He’s also seen one of his patient’s hippocampal volume grow from the 20th percentile all the way to the 75th percentile while on his program for over a year.

Further research on a larger scale is in action for the ReCODE protocol. But regardless of its infancy, this is a significant scientific breakthrough.

Your body is a whole entity and multiple assaults on your body can have an effect on the development of Alzheimer’s – or any disease for that matter. So the best treatment for Alzheimer’s and mild cognitive impairment is a multi-therapeutic approach.

Reversing cognitive decline is moving away from a mono-therapeutic approach involving medications only, to a multifactorial functional medicine approach alongside medicine.

Since Alzheimer’s disease isn’t a one-stop shop, a complex combination of tests is required to determine what’s actually causing cognitive decline to pinpoint all of the root causes.

If you’re suffering from cognitive decline see your functional medicine doctor to find and treat the root causes. This disease is complex and  personalized therapy is the best hope for a path to recovery. Request an appointment with Dr. Emily Parke if you’re in the Phoenix, Scottsdale, Paradise Valley area or call (602) 892-4727.